Manchester Archeology unit have been exploring the past life of Stockport’s back-to-back Georgian housing, around what used to be Bridgefield St. Heaton Norris. 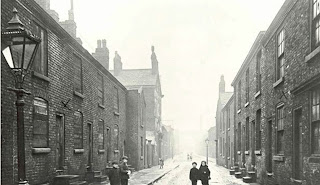 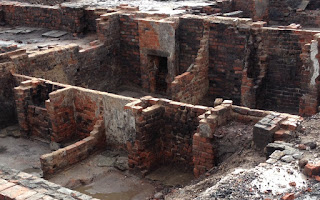 The open day last Saturday allowed Stopfordians to view what has been uncovered of cellar dwellings with fireplaces where families would have lived in dire conditions.

The cellar of the Three Tuns Inn, that stood on the corner of Hatton St. and Bridgefield St., was also clearly visible. 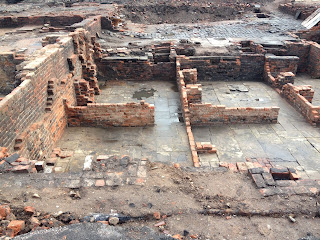 As was the toilet block that would have serve many families and stood in a central courtyard. 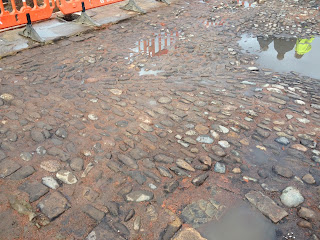 A very old cobbled surface was also uncovered that predates the stone sets which we are used to seeing as an old road surface. 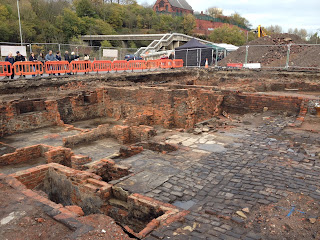 Items that have been found include Victorian bottles, broken pottery and the usual discarded shoes.
Shoes are an interesting addition to old superstitions. They were tied to the back of wedding cars for luck as well as often being walled up in chimneys of new buildings also for luck. 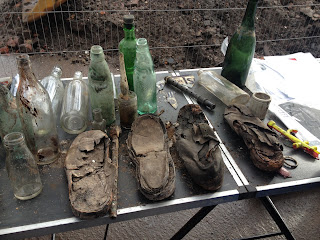 Could some of these shoes have been found in  chimneys when the houses were demolished?or were they just too worn to be taken away when the inhabitants left.

Apologies, but due to the Covid-19 virus risk, the Heritage Centre will be closed from Weds 18th March until further notice - website sales will continue while stocks last. Dismiss