0
On the  29th November, 2015 Rev. Scoones  announced that he will be retiring in March next year
Roger started as Rector in 1996, after being the Vicar at Congleton. 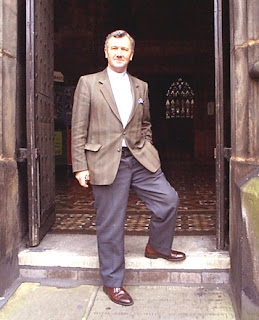 Here’s a pic of him I took in 1998.
Before 1996, I had never been in St. Mary’s Church before as it only seemed to be open on Sundays for services.
After Roger became our Rector, one lunchtime I called in; I recall that he was alone in the Vestry. He and I had a long chat; we both have an interest in photography, together other shared interests and we quickly became good friends.
In 1996 the Trust was homeless and all our monthly meeting were in the Pack Horse, and the Trust had been looking for empty affordable premises for a while.
I approached Roger on behalf of SHT to propose running, just a 3 months initially, a trail of a Heritage Centre display in the empty Choir Vestry, which had just been refurbished after a fire.
It took almost a year to negotiate this ‘trial’ with the PCC. The next 18 years are history.
The small handful of early volunteer members when Iain McLean was Chairman worked as trojans together to furnish, man and create the our museum/centre;  we were open even then on all market days.
Sadly most of these loyal volunteers are no longer with us today.
Without Roger’s full support over the intervening 18 years, we wouldn’t have our ‘new’ splendid Heritage Centre today.
I really hope that Roger has a long and happy retirement.
Phil [R] 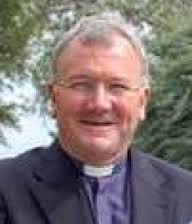