A new display to commemorate the 200th anniversary of Peterloo opens on 23rd April 2019 in the heritage centre at St. Mary’s church in the Market Place, Stockport. It consists of a timeline from the late 1700’s up to the day of the 16th August 1819.

There are detailed accounts of the events of the week running up to Monday 16th August and of the day itself.

Information about the casualties are given and also what happened in the aftermath when a Night Patrol was set up. 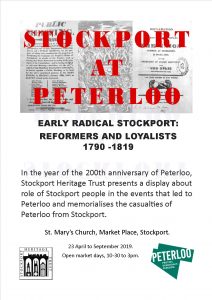 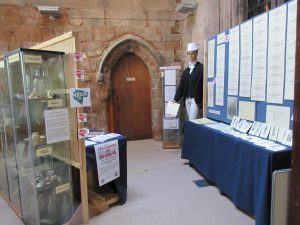 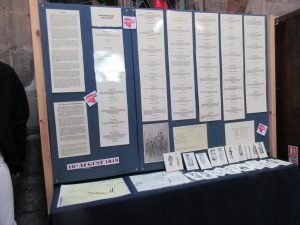